I bumped into a re-spin Ubuntu linux ,
fully customized to fit Muslim ..

this come with some software such as Al-Quran recitation software,
Addon such as Monajat which splash a prayer/tazkirah on screen without disturbing current focus.
And also together with mouse icon, and also screensaver.

There are also “Waktu Solat” .. two type.
one at the taskbar .. and another one in firefox itself,there also customized “BookMark” for most interesting site regarding Islamic resource.

While booting up into “Live” 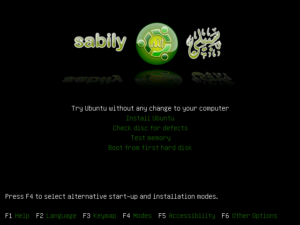 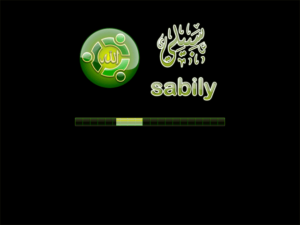 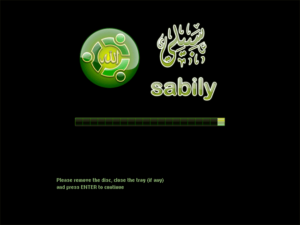 Hmm.. the zekr software is available for other linux distribution also..
Zekr.Org

after installed into my Centos 5.3,
the translation got it all right..
It is java app which run a local webserver and flash audio player to play all the audio file.
something like geoserver .. but into different port and library (jar file.)

p/s :could have write about that later.. may be also try RPMized it for easier installation…
MJ died as a Muslim..~ Al-Fatihah.. may Allah bless him ~
Don’t know bout you.. but during my childhood ..
I’ve been poking around with friends to show and learn how to dance the “moonwalk” move.. like him~