I remember once upon a time ago , I’d asked my late father on how to raise a son.

He said it may varied and a lot of method can be used.
Either want to use fullset of corporal punishment as teaching method is solely up to the father.
Or, rather let everything loose without control and letting whoever else taking over
the casting in family.

So, he shared his opinion..

2nd 7 years, you become as his/her teacher/guidance ..
Allow no repeating mistake, do not compromise on the key thing.
Before punishing him, make sure he know what is the cause he is being punished.
Allow him to learn what is wrong and what is right.
Guide him well, answer him well whenever he raise a question.
Encourage him to learn more and understand what he is doing now will affect his own future.
Make him know Allah,and he will know himself well.

3rd 7 years, you become as his/her friend..
He may share thing , complaint about thing he see..
Encourage him to share his thought, guide him whenever possible.
Or at least let him learn how to choose the right path by his own.
At this point of time , no point of scolding him for whatever he does,
he should already learn how to bear the consequences of his own action.

then he add.. the 7 years gap may be varied between kid,
some achive next level faster than the others and some might be need more time.
Observe well and you should know where to move..
as because he is your son.. pretty much you can know his interest as time goes on.

then after that , it is already up to him/her..
he may come back to you if you trained him well..
But pretty much it is up to him/her by then..

Life is short.. live with it.

p/s : Because he is the choosen one, out of how many million sperm..
he is the only one who succeed to get to ovum and penetrated it..
surely there are also a lot of capabilities come together with him. 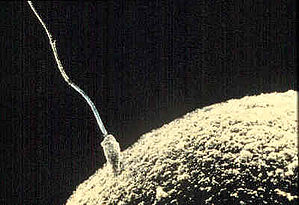