I bumped into Kinokuniya @ KLCC last nite..
right after the PC Fair trip.. 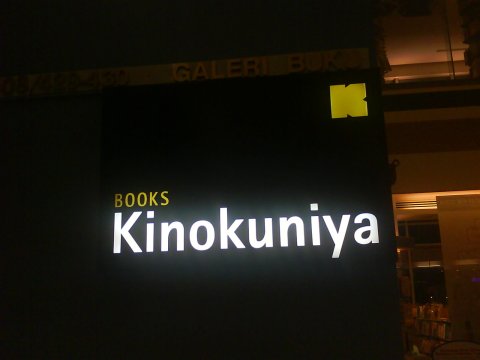 just wandering around and see if got interesting book to read there..

at the first glance seem the same as MPH..
but when getting into smaller section and really want to read a book..

turn out a lot of book are still wrapped up..
and most of the book are come with just one pair..
both of them still in their plastic wrap..

this would be different story compared to MPH..which sometime can see up to 5-10 same book at the shelf.. and at least one or least are already opened.. which is easier to review.. hehehe..

but nevertheless.. I found one book that would be interesting to read..

the title is “How to Talk Your Way to the Top” if not mistaken..

At first was just kinda flipping the book..
but the content seem to put real-life comparison on how the way
we say thing actually can drive the different response from the audience..
basically the “Yes” and “No”..

[ad#postad]
how to properly talk to the boss.. and talk as a boss to the co-worker
in progress meeting without hurting sub-ordinate motivation..
but yet pushing the team forward..

its also talk about the different between theory X and theory Y..

which theory X believer suggest that..everyone must be pushed hard and coerce with force ..
forcing everyone to the limit or edge to get the full potential out of everyone..

while theory Y suggest .. everyone have their own self-esteem..and self-motivation.. you may just have to show them what is worth to be doing..and they will find the own motivation to get it done… without the need of special or silver bullet to get thing moving..

well.. and many more were touched and with the example of the conversation or direct order from a CEO to their co-worker ..

also from manager to their sub-ordinates.. and saying the bad thing in the right way.. attacking the problem instead of the person.. all stuff like that..
it is not that thick at all.. I can even finish that in less than an hour.. hehehe..

only managed to snap one part of the book..
here it is.. 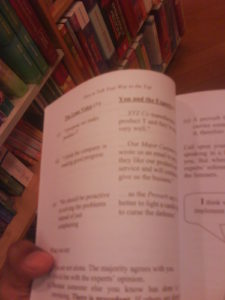 the last row of right column in the table :

“Proverb: It is better to light the candle than to curse the darkness..”
don’t know what went wrong..Unfortunately i forgot to snap the cover for the book though…haha..

then i was just wandering around the “Programming Section”..
and .. noticed the book at the shelf.(kinda expecting latest books)
..still VB Basic.. “.NET” ..”COBOL” tend to fulfill the shelf.. 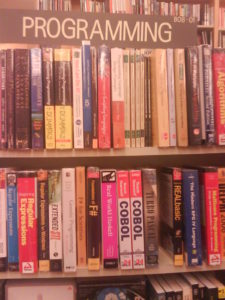 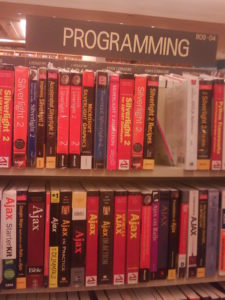 that is so old technology ..folk… except the part of “Silverlight”.. that was so last year.. which the programmer have yet to decide whether to embrace version “1.0” or “2.0”?
which is non-backward compatibility.. hahahaha

until I found this one.. 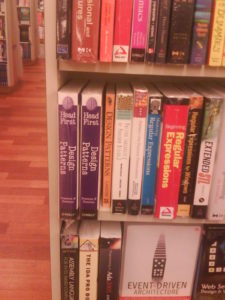 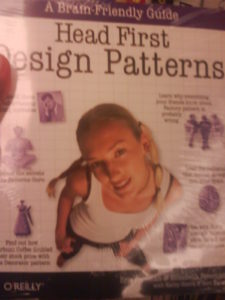 but unfortunately ..both book..are still in plastic wrap.. * didn’t bother to ask the librarian to unwrap..*..
get back home.. search and found the online version[wikipedia.org] instead.. how nice..

p/s : next time read more book even though if girlfriend is not on “attack- mode”,okay?

How to Install CentOS 5.3